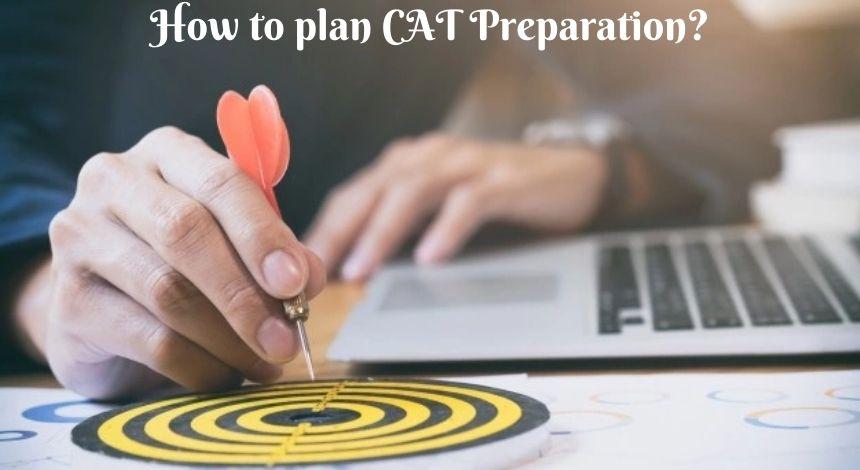 How to plan CAT preparation?

As we all know and also discussed in our blog “CAT paper pattern & tricks” – CAT is the most competitive exam in India for admission to prestigious colleges to pursue post-graduation in management courses. Since CAT is taken by more than 2 lac students and only a few of them are able to clear it to get into their dream college, there must be something different those FEW must be doing during their preparation.

CAT exam consists of the application of very basic concepts of maths and logical reasoning and English. The main motto to conduct the exam is to identify candidates who are really good in applying the concepts they know. To learn and understand the concept thoroughly is not the only requirement this exam asks for. How good you are in understanding the requirement of question and with all your resources (of concepts obviously) how quickly and accurately you serve it is the question.

There are many students who are master in concepts of CAT and can solve any type of question of quant & LR & DI but take more than 10 minutes to solve only 1 question. CAT requires you to think accurately & quickly enough to go past others. This development of thinking comes out of practice. One must acquire knowledge and solve CAT level questions ‘n’ number of times. Discuss with their teachers, take assistance and keep practicing. Only practice can help you develop this thinking and tune your mind to that level.

The best methodology is a learn-practice-take mock test. Most CAT-aspirants would agree that taking Mock tests is a very crucial aspect of preparing for the CAT, however everyone has a different approach towards taking mock tests during their CAT preparation. While there is obviously a difference between the approach of successful candidates and those who do not perform well at the CAT, you would be surprised to find that even successful test-takers would have different stories to tell about their test-taking approach and strategy while preparing for the CAT. So, what is the winning strategy? How many mock tests should one ideally take before the CAT? What is the ideal frequency of taking the mocks? How should one analyse their mock test performance? Let’s try to find answers to these questions in this blog post.

Mock tests: Is more the merrier?

I know of 100 percentilers who achieved the feat without taking more than 6 to 8 mock tests and those who would attribute their success to religiously solving 30 to 40 mock tests before the CAT. At the same time, I know the candidates who could not do well in the CAT irrespective of whether they solved 100 tests or none. In short, the number of mock tests taken by the aspirants is not exactly correlated to the chances of their success in the CAT. There are 2 other important reasons for taking a mock test:

To gauge how far or close you are from your goal of cracking the CAT and getting an admission into one of the top Indian B-Schools.
To identify your areas of strength and weaknesses so that you can accordingly plan and fine-tune your test-taking strategy as well as preparation strategy

A whole lot of students fail to perform well in the CAT despite taking a plethora of mock tests. These are mostly students who take a test, check their scores, are dejected or frustrated by what they achieve in a test, mull over the scores for some time and then proceed to take the next test. In the next test, their scores go up or down based on the test content and structure – they score well if they have more questions from their areas of strength and lesser otherwise. They then wonder why their scores are not improving consistently, blame the difficulty level of the tests, curse their luck and worse still, conclude that CAT is no their cup of tea. What they do not realize is that it’s not enough to just keep taking tests – you also need to identify areas of improvement, work on them and progress systematically from test to test. Every mock test should, therefore, be taken only after you have put in enough effort to improve and to thereby reflect your progress from the previous test. To summarise, it is better to take fewer test followed by a thorough analysis and corrective action for improvement rather than take plenty of them without any work in between.

How to analyse a test?

Mock tests are an important tool that serves as a mirror to show you where you stand, where you need to be consistent and where you need to improve while preparing for the CAT. Just like looking at the mirror again and again without putting in enough effort between mirror visits to improve will not yield positive results, taking too many mock tests without thorough analysis and follow-up action would also be a useless exercise. Every mock test should be followed by directed efforts in improving in identified areas and the next mock test should be used to measure the progress in those areas.

Ideally, one should spend double the time to analyze the test then test time. If CAT is of 3 hours, you should spend 6 hours in analysis and make a table with some important information like difficulty level of question, time spent, after analysis could you have solved this question had you been more focused and given few extra seconds?

Always remember to sharpen the axe at regular intervals. Mock test analysis is like sharpening the axe.

The IPM program stands for Integrated Program in Management which includes BBA and MBA program. One can apply for the IPM program after their 12th is completed. The IPM program at premiere B-Schools like IIM Indore, IIM Ranchi, IIM Rohtak, IIM Jammu, IIM Bodh Gaya, Symbiosis, NMIMS, Christ etc. offers an excellent opportunity for students 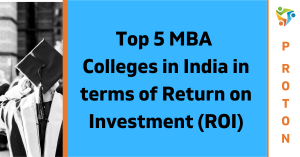 Getting into top B-Schools has always been a challenge and the exorbitant fees charged by these colleges has been another point of concern for the aspirants. But there are some colleges who charge less fees and provide a great placement i.e., basically good return on investment (ROI). The list of these colleges is given below: 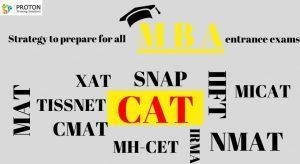 Strategy to prepare for all MBA exams simultaneously

MBA Entrance Strategy to prepare for all MBA exams simultaneously Is it possible to prepare for all the entrance exams such as CAT, XAT, CMAT, SNAP, SSC, BANK PO all at a time? The answer to this is YES!!!!! All these are aptitude & GK. Quant, Reasoning, Verbal is of basic level in exams like